This is my test journal. I use it to test things!
.My Websites
Change Layout 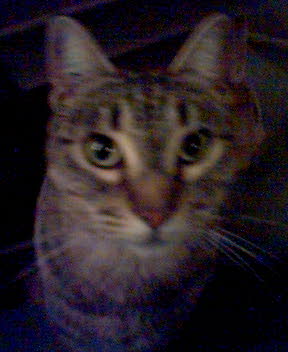 I haven't updated this in a long time, so I figured i'd post something!

we are busy, busy, busy here at Bravenet - we have been tweaking and improving things a lot lately, as well as changing some stuff around... There is a pretty cool feature coming up for the web journal, but I won't tell what it is

for the observative amongst you, I know my personal website is down.. It's hosted on my own server, which is in the progress of being broken (and rebuilt) right now. See, if I only hosted my own sites on Bravenet.. they would still be working! I use my server for R&D though, so it's probably a good thing that it's all seperated from anything important

On the spam front we have been been adding more rules, and more bans in an attempt to stop the spam.. we seem to have success, for now, but I would imagine they will find new and creative ways to get around what we have... and then we will add new bans, new rules, new blocks, and then they will fin... yeach. I hate spam so many. So much time (not just at bravenet, all over the world) goes into stopping spammers, it's just frusterating. We will continue to fight it though, we hate it as much as anyone else.

Anyways, my bike and the trails are calling me.. so I'm out!

New wave of spam has started to plauge bravenet journals & services, so I updated our anti-spam stuff... If anyone continues to see spam, let us know. Oh how I dream of an internet without spam...

I added paging to the journal archive calenda, so for those of you who use that mode you can now browse previous years to see all your old posts.

Bravenet Blog
Get One For Free!
powered by